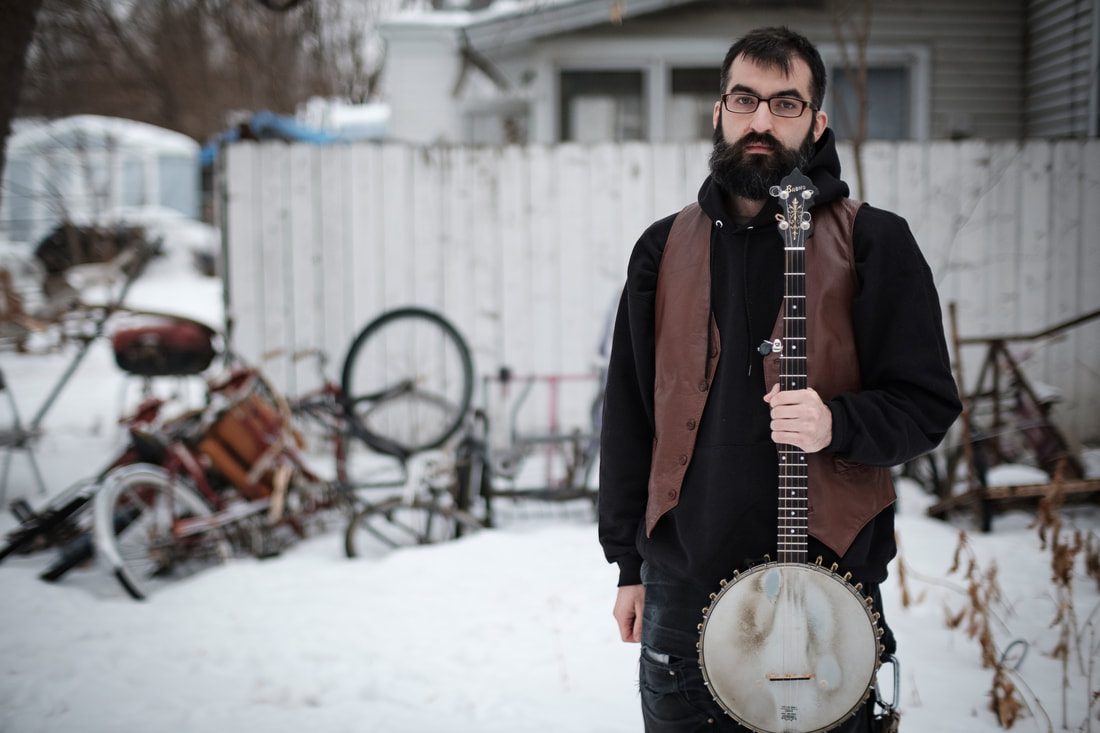 ​Hear the cold winds of Minnesota blow, and feel the waters of the Mississippi River ripple, as Mumblin’ Drew snakes between both the traditional and the contemporary sounds of American folk music.  Whether it’s old time, country blues, or modern folk sounds with minor chords and a midwest moan, he puts his heart in to his process, utilizing banjo, resonator guitar, and harmonica.  From the simple to the sophisticated, Mumblin’ has spent years playing on street corners around the country, which has instilled a genuine approach in his performance.
​
Over the past decade, Drew's been involved with various projects, from string band, to punk-infused minor chord folk, children's music, and even hip hop, Mumblin’ Drew pushing full steam ahead with something uniquely his own.  He’s absorbed the earnest stylings of many Minnesotan musicians, from the elders who have come before him, to obscure acoustic punk bands at basement performances.  He recently wrapped up two years of weekly residency in the West Bank neighborhood of Minneapolis at the storied Palmer’s Bar, keeping the legacy of the once thriving folk scene of the neighborhood alive and breathing in to the next generation.  Like any enduring folk musician, his music has taken him to festivals, bars, boats, and rivers, from coast to coast, but he always calls Minnesota home.